Left Alive is a third person shooter spinoff of the Front Mission series. The game was developed by Ilinx and published by Square Enix for the PlayStation 4 and PC. It was released on February 28, 2019 in Japan and March 5, 2019 in North America and Europe.

Left Alive takes place in 2127, in between the events of Front Mission 5 and Front Mission Evolved. The game begins with the Republic of Ruthenia coming under attack from the Republic of Garmoniya when they invade the border city of Novo Slava. The Ruthenian army is swiftly defeated and forced to retreat from the city, leaving whoever is left behind to fend for themselves. The game follows three characters as they attempt to survive in the war-torn Novo Slava: Wanzer pilot Mikhail Shuvalov, police officer Olga Kalinina, and escaped convict Leonid Osterman. 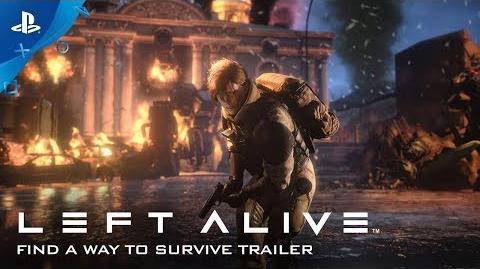 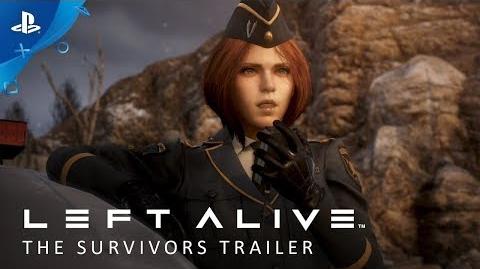