Mobile Weapons are a type of mecha featured in the Front Mission series that are used exclusively as war machines. With the rise of WAW and WAP technology, arms manufacturers sought to find ways of improving conventional weapons platforms. By fusing aspects of wanzer design, new armored vehicles that could stand up against wanzers were created. These machines were later referred to as "Mobile Weapons".

Considered the next-generation of armored vehicles, mobile weapons are very powerful and potent war machines. The typical mobile weapon is very large, with at least twice the height and weight of the standard wanzer. Mobile weapons boast numerous high-tech weaponry (which include beam weapons and railguns) and are very well-armored, being able to withstand extreme punishment before going down. However, they tend to have poor mobility and have difficulty hitting fast-moving targets. As a result, militaries tend to use them as heavy artillery units on the battlefield, with a squad of wanzers guarding it.

While wanzers bear a relatively high resemblance to human, mobile weapons are much more like machinery, or even animals, in form. For example, mobile weapons such as Gloster, Zhuk, and Bogomol look nothing like humans at all, and the latter two were thought to resemble spiders. This is also illustrated by their compositions. Wanzers consist of body, two arms and legs, while mobile weapons usually only have a body part.

Mobile weapons are classified into one of several types:

Multi-legged Tank - Mobile Weapons that are essentially main battle tanks that use legs for movement.

Multi-legged Gunboat - Mobile Weapons that are essentially gunboats that use legs for movement.

Mobile Fortress - Extremely large Mobile Weapons that can function as a carrier for other weapon platforms.

Also, while they are not classified as such, advanced wanzers before Front Mission Evolved were considered partially as mobile weapons since they did not follow the MULS-P standard.

Hunt for the Grimnir (Front Mission 5) 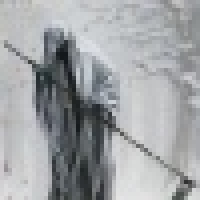 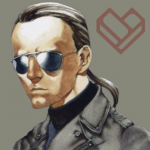